During the summer of 1981 as I was selecting a college to attend, the National Commission on Excellence in Education was moving forward with what could be considered an equity charter under the authority of (20 U.S.C. 1233a) to, “review and synthesize the data and scholarly literature on the quality of learning and teaching in the nation’s schools, colleges, and universities, both public and private, with special concern for the educational experience of teen-age youth” (U.S. Department of Education, 1983a). Their report, A Nation at Risk, was issued in April of 1983 and stated, “Part of what is at risk is the promise first made on this continent: All, regardless of race or class or economic status, are entitled to a fair chance and to the tools for developing their individual powers of mind and spirit to the utmost. This promise means that all children by virtue of their own efforts, competently guided, can hope to attain the mature and informed judgment needed to secure gainful employment, and to manage their own lives, thereby serving not only their own interests but also the progress of society itself” (U.S. Dept. of Ed., 1983b). 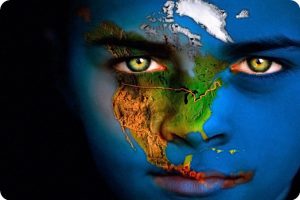 Throughout my more than three decades in education, the conversation is still focused on equity and providing a fair chance for everyone.  According to the Migration Policy Institute, the percentage of the immigrant population in the United States was 10% in 1860, and 13.5% in 2016.  When economics and quality education access are factored into the equation, equity is just as relevant today as it was in 1860 or 1981.  Our schools, and more importantly, those that serve in our schools, are a large puzzle piece.  The notion that schools are the center of the community is far from a novel concept;  its roots can be traced to the early 20th century (Dryfoos, 1994; Roger, 1998). Educational philosophers such as  John Dewey, and more recently, organizations such as the  California Collaborative for Education Excellence (CCEE), advocate systemic reform initiatives with an equity lens. It is our responsibility as educators to continue the conversation in both word and action to provide the best education possible for all of those we serve. Thank you for your service to the community.